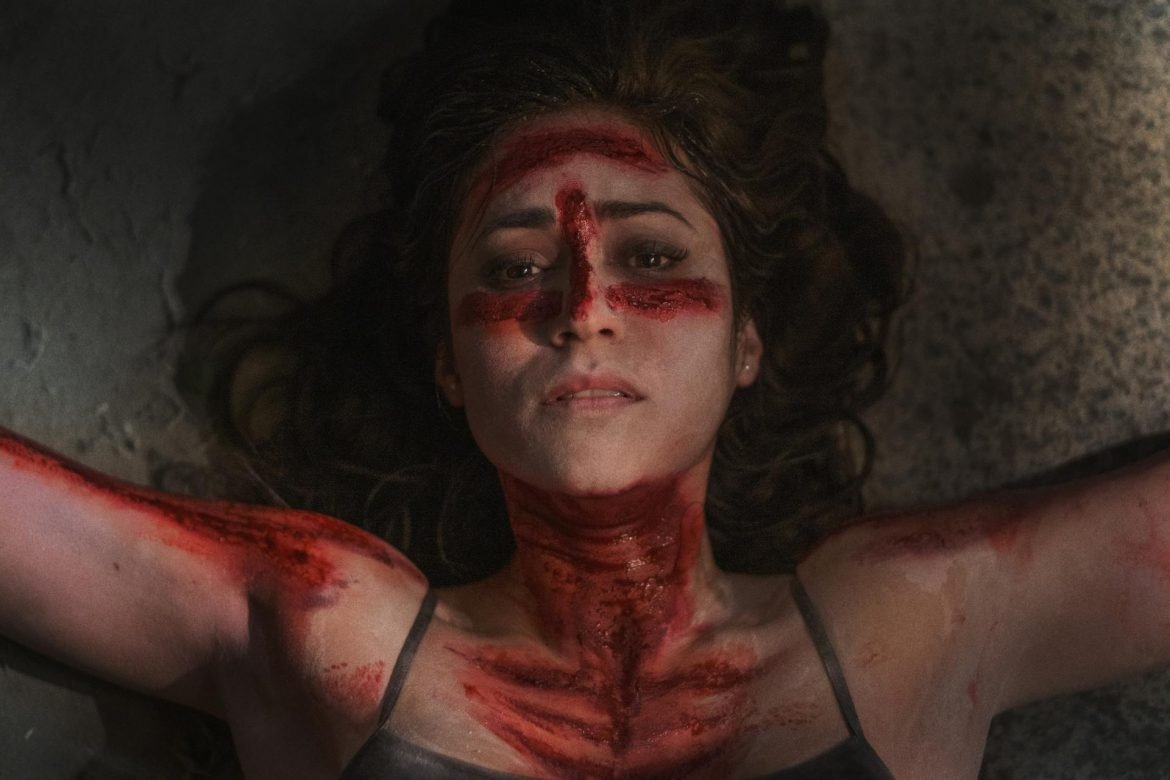 With huge shadows cast by the likes of The Exorcist and The Exorcism of Emily Rose, horror movies that tackle possession themes are very daring, but The Old Ways shows that indie horror can do this subgenre justice. Often, horror movies with an exorcism theme tend to sink rather than sail in this overdone subgenre, but The Old Ways brings us a story that is not only worthy of your time as a viewer, but it is original and effective, which is another hard task to pull off. From the setting to the way the story is told, this film does a great job in carving out its own history possession films. If you like your horror movies with deeper layers than what just lies on the surface, with a good number of scares and bloodshed, then The Old Ways is for you.

Plot: Cristina, a journalist of Mexican origin, travels to her ancestral home in Veracruz to investigate a story of sorcery and healing. There, she is kidnapped by a group of locals who claim she is the devil incarnated.

Writer: Marcos Gabriel (Hitchin’ a Ride with ‘The Hitchhiker’s Guide to the Galaxy)

Ransom Money Would Have Been Easier

From Dark Star Pictures, Christopher Alender brings us a tasteful and riveting witchcraft story through the eyes of Cristina Lopez (Canales). The 90-minute film wastes no time and begins with a young Cristina witnessing the exorcism of her mother. The young girl watches as her mom succumbs to demonic possession while the small girl is whisked away to safety, and nuns and priests rush in to tend to their work. Taking one last look at her mother, Cristina sees a dark apparition press itself out of her face, creating brown, rotted teeth, and black decaying patches all over. Cristina screams as the scene abruptly snaps to black.

The timeline skips 20 years, and an adult Cristina has been kidnapped and held against her will in a dark room in an undisclosed location, with a brown bag caped over her head. Her captors are not the atypical lowlife scum looking to make a profit off selling her, perhaps, much more peculiar, they are here to exorcise a demon. The details of how she got here are foggy, and her captors prefer not to fill her in on the immediate details. When she presses for details, her assailants forcibly pour goat’s milk down her throat, which is gross on a couple of levels. She sobs at her hopeless circumstances as the kidnappers retreat from the room in silence, the sounds of her cries echoing through the halls.

On the surface, The Old Ways sets itself up to be a garden variety film but beneath its surface, the horror flick aims to shoot for a deeper message about old occult culture and methods of brujas (witches) and their connection to classic Mexican culture. When the Spanish brought slaves to South America, those enslaved brought their religious beliefs. Because of that historical hiccup, we often forget that the bulk of Mexican culture depicts a people struggling to define themselves amidst hundreds of years of colonization and influence from Europe. The purest form of that expression comes in religious and spiritual followings, something we in America know all too much about.

Unlike too many shallow horror movies, The Old Ways is not just some gratuitous freak fest with only surface tensions; the story is a bit more nuanced than that, and Cristina’s cousin, Miranda (Cortes), exists here to provide the exposition. Miranda quells Cristina’s worries about her abduction, though she derides her for visiting La Boca against her wishes. La Boca is a local legend for demon possession and supernatural activity that has been barred of entry to all travelers.

Cristina broke this rule, though she cannot remember it, and ventured very deep into a crevice of the cave where she becomes encompassed and passes out. She awakens surrounded by Luz and her son, Javi, with Miranda close by, informing Cristina that she has been unknowingly possessed. The Bruja is a cheeky elderly woman named Luz (Vera), who does not speak much but is a very effective character that relays plenty through her actions. And whatever rhetoric you are hoping for can be found in her assistant, Javi.

The Old Ways is the sort of story setup reminiscent of horror films like Spell or Insidious, coming of age plots depicting a hero digging beneath blood and sinew to discover something deeper than themselves. Cristina can be seen as an oscillating coin of Mexico: on one side, adamant about its future and modernization in contrast to its spiritual roots and on the other, a dying breed of traditionalists vying to maintain some connection to, well, the old ways.

Christopher Alender is a stylish director that prefers calculated frights and great sound design to bloated storylines, jump-scares, and overcomplicated plot twists. Even being conservative, one cannot ignore the unorthodox methods of storytelling The Old Ways presents the viewer with.

The cast of characters work well together, and they all deliver well executed performances. The audience will find it easy to buy into this story thanks to the solid performances given by all, and Canales delivers strength and, at times, helplessness with perfect balance. Between the script, the pace (which moves swiftly at 90 minutes), direction and performances, the result is a beautiful culture flick filled with screams, whispers, bloody splatters, a creepy essence throughout, and even some unwanted facial dismemberment.

Proceed into this cave at your own peril.

The Old Ways is currently streaming on Netflix—it is also available to own on every major VOD platform, DVD, and on Blu-ray—and it is one of the more fascinating horror movies centered on possession that’s well worth adding to your collection.