Skip to content
Home » All Posts » Lovecraftian Horror Movies Get Their Due: ‘Color Out of Space’ Invokes Kaleidoscope Dread 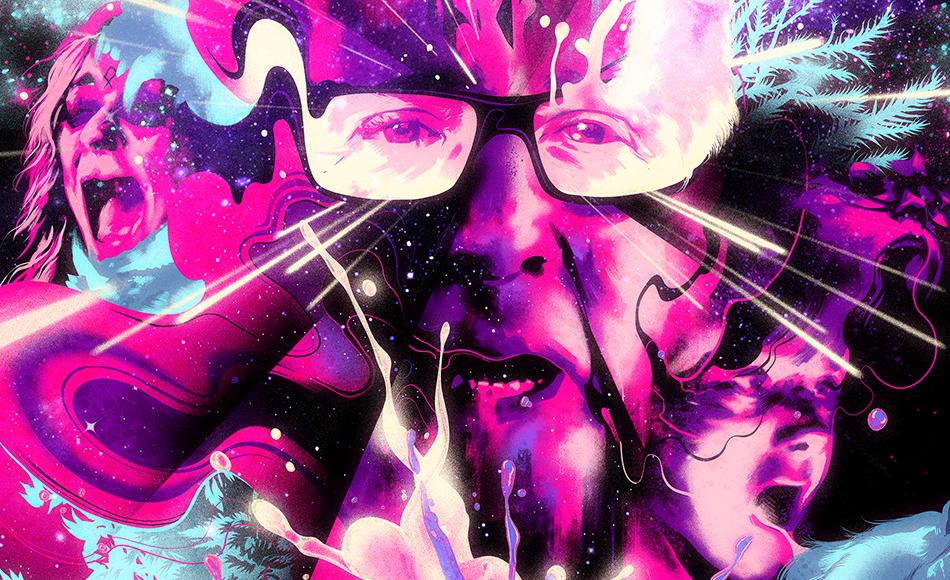 Fewer names are of grander significance to horror movies and media than H.P. Lovecraft. His tales of terror from beyond the veil have either been adapted into successful or not-so-successful films or at least inspired countless other horror movies and books. But scarcely any fulfill the promise of indescribable madness known as ‘Lovecraftian’—that is until Richard Stanley triumphantly returned to filmmaking this year for his adaptation of the famed author’s Color Out of Space.

Plot: After a meteorite lands in the front yard of their farm, Nathan Gardner and his family find themselves battling a mutant extraterrestrial organism that infects their minds and bodies, transforming their quiet rural life into a technicolor nightmare.

Rating: NR because the daemonic contents are too unnamable, unutterable and unfathomable to rate!

First published in 1927, The Colour Out of Space was originally adapted way back in the Boris Karloff starring, Die, Monster, Die!, then again in the ‘80s under the title The Curse before receiving some recent very well-done foreign depictions. The first rumblings of Richard Stanley’s effort began in 2013 when the elusive auteur posted a proof-of-concept trailer online, announcing his aim to drum up funding and interest.

Over the twenty-plus years since he last directed a feature, copious Stanley projects have had percolation but never found a home; while many were excited by the idea of the man who brought us Hardware and Dust Devil finally gifting us a properly budgeted and crafted Lovecraft adaptation, no one was getting hopes up.

But a few short years later, here we are. Richard Stanley’s Color Out of Space not only proves that the writer-director has not missed a step and is ready to take on the world again but for many fans, it is the Lovecraft film we have been craving. The dread-filled page turns of indefinable cosmic whatzit are fully replicated, and the fact it is replicated from one of the author’s most difficult to define creations—the titular Color—is all the more impressive.

All-at-once grandiose yet intimate, Stanley and co-writer Scarlett Amaris contemporize Lovecraft’s tale with modern personalities and setting, placing the focus firmly on the Gardner family, but retain the surrealist aberration-based horror that feels more at home in antique settings. And the director who made such an impact with only a few scant movies fills the screen with imaginative delight and terror equally, invading the mundane with collages of strange and unusual.

A FRIGHTFUL MESSENGER FROM UNFORMED REALMS

One of the most memorably grotesque and horrifying moments in the film also harkens back to John Carpenter’s The Thing. But it feels less homage and more of taking back, as Carpenter borrowed more strongly from Lovecraft than the story he was adapting. It seems only right for there to be a sense of, “Lovecraft did it first.”

The second the Color rains down from whatever cosmic beyond it originates from, a slow-burn of abnormality begins. Per Lovecraft’s own reasoning for writing the story in the first place, the Color as an alien lifeform is supposed to be beyond terrestrial physics or logic. “Color,” as it is called in the story, is meant to be the only way humans can rationally interpret it. What it does and its motives are not supposed to add up in a way we can understand.

Stanley understands and respects that, and while it is a hefty idea to try and pull off, it should be commended. Creating a visual language for something that, by its own point, is without visual language seems impossible but Stanley takes no shortcuts. At times, the Color seems to be pulling the horror film apart, breaking reality with its otherworldliness.

As a fan of the short story, an addition Stanley made to the lore makes the imagination go a bit wild. In the story, the Color never feels necessarily malicious, as the consciousness of the thing is never called out or explored. The horror film version takes more cues from Lovecraft’s other works in that it feels malevolent once it discovers the Gardner’s, and Stanley is sure to imply far greater connections to the mythos with but a glimpse…

But while the Lovecraftian elements are captured and played for their most gruesomely terrible, it is what Stanley himself has brought and added that proves most fascinating. Undisputedly, this is as much born from his bones as it is from Lovecraft’s prose.

The short story is more of a mood piece in comparison to Lovecraft’s other works and Stanley takes advantage of this by reverse engineering fates and events with subtle new twists to flesh out the tale with deeper connotations. He grafts on personal struggles, and as the Color warps and alters the physical constructs of all around it, so too does it warp the wants, fears and desires of those it infects.

Long before that terrible meteor crashed onto their lawn, the Gardner’s only seemed happy on the outside. Many stories exist of the family escaping the bustling city for quiet farm life, with the teenage children hating middle-of-nowhere living. But rarely, if ever, is there an unspoken distaste of the quiet life from the parents.

It never once feels like they want to be there any more than their kids, as Theresa has a high-stress financial job she’s unable to properly conduct with rural internet, and Nathan loves the idea of being a farmer but his interest comes across more as a put-on, especially as he has not a clue to what he’s doing.

Their house and surrounding property are bathed in massive halogen lights, transforming their woodsy yard into a light-polluted city street. They cook French cuisine for dinner in attempts to recall higher living and their references to roughing it out in their isolated area are more kitschy than realistic. This self-imposed fresh start after Theresa’s cancer battle has only done the opposite, homing in on their daily stresses and made them all so unbelievably bored that they spend most of their time putting on a kind of facade.

At least Nathan and Theresa do, with Lavinia, Benny and Jack drifting in their own specific ways. Benny hides away, only interacting with his dog Sam; Jack is lonely and reserved as the youngest; Lavinia is in an existential search for belonging, currently turning to witchcraft for guidance, studying Lovecraft’s staple Necronomicon.

It is Nathan’s slow, Color-induced behavioral turn that is most intriguing, though. Cage definitely goes Manic Cage, but he uses it sparingly, almost weaponizing it, turning on a dime mid-scene. For most of his performance, he is ostensibly Clark Griswald, a husband and father who has no business being either but will do whatever he can for normalcy.

Terrified of being domineering like his own father, he plays a kind of make-believe of wholesome. Cage goes completely against type in that regard, coming across like an aloof nerd. But underneath it all, Nathan is boiling and wants complacency and order from his family, so the Color takes advantage. While it is an amusing performance, there is an underlying terror to Nathan’s unhinged unpredictability.

Lovecraft deals in madness better than anyone, and in the short story, the Color turns various members of the family mad just as it does in the film. But here, Stanley ponders what madness means for each member.

The Color of the short story rapidly grows crops to unbelievable girth and radiance but leaves them bitter in taste, an oddity of an ever-increasing alien presence. In the film, the crops represent something to Nathan as he tries his damndest to prove he can farm to his family and himself. When the crops are bad, it’s devastating to his fragile man-child ego.

Remove the entity from the movie and you still have a story of a family unit dissolving under falsehoods, stress and resentment with terrifying consequences. It calls to mind horror movies like The Shining, but with everyone capable of becoming overcome with Jack Torrence mania.

There is a deeper implication for each change the Color causes, wonderfully constructed backward from the post-investigative structure of the story. It helps to infuse re-watches with a sense of horrifying dread, knowing where their kismet takes them. If you know the book, you know what end awaits the mother, but in the film, there’s underlying cruelty to what the Color does to her, as the whole process represents something deep-seated with Theresa.

Brought to life with superbly macabre practical effects, even when you know what’s in store for her and others, you’re not truly prepared to see how that prose is made flesh.

A RAINBOW OF CRYPTIC POISON BEFORE YOUR FRENZIED EYES

Color Out of Space is a vivid vista of eldritch awe that conjures up that fearful blasted heath of Lovecraft’s intent while imbuing it with something new and different, turning cosmic legend to personal parable. So begins Richard Stanley’s return and the first part of his Lovecraft trilogy, hopefully, to continue with a planned adaptation of The Dunwich Horror.

Available right now on 4K UHD, Blu-ray and VOD, complete with a making-of and deleted scenes, this star-born stygian vision is just waiting to bathe your horror movies collection in its cosmic and unrecognizable chromaticism.