Skip to content
Home » All Posts » Horror Movies On Netflix: Witchcraft Is Dished In ‘Don’t Listen’ 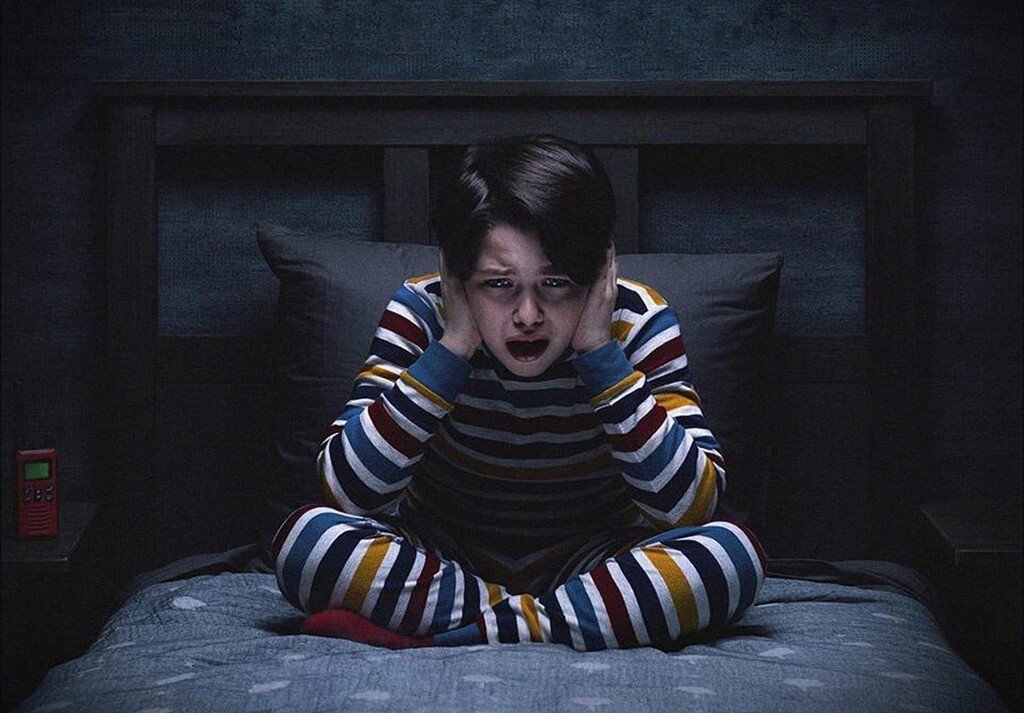 It can easily be argued that Netflix has mostly failed its niche fanbase with much of their original horror movies, but from time to time, we are treated to a few worth our time. If you like horror movies that feature ghosts and some witchcraft, then Netflix’s Don’t Listen should be on your list. Witchcraft being featured in horror movies dates back nearly a century with 1922’s Häxan. From the Salem Witch Trials to novels to horror movies, our fascination and history with witches and witchcraft has been well documented for centuries. Directed by Angel Gomez Hernandez, horror writer Santiago Diaz joins Hernandez with a rather seemingly straightforward story, but one that results is an emotional thrill-fest from beginning to end.

This Netflix title was originally in Spanish and then dubbed over with English subtitles. If watched this way, it has a bittersweet effect on the complete product; on one hand, the lack of synchronicity highlights how good the performances by the actors on screen are, but on the other hand, it will become apparent from the first scene that the actors’ words and English subtitles are not exactly synced. In addition, the English voice acting is a paraphrased diatribe compared to the text shown on the screen.

This could confuse audience members later into the film as crucial information relating to the main antagonist and lore is not totally made clear because of misused words. For those that find this to be a distraction, you may enjoy the horror flick best when watched with the film’s original “European Spanish” audio with “English subtitles” option on Netflix. Regardless of how to choose to watch Don’t Listen, the final product is a wonderful viewpoint into the world of Spanish witchcraft horror movies.

Plot: Daniel and Sara have a 9-year-old son, Eric, and they’ve just moved to a new home not knowing the neighbors call it “the house of voices.” Eric is the first one to notice the odd noise.

A New Twist on Classic Tropes

Rodolfo Sancho (No Rest for the Wicked) stars as Daniel, a silver whiskered restaurateur who has just moved into a new property with his wife and son, Sarah (Belen Fabra) and Eric (Lucas Blas). Daniel intends on flipping the property while trying to weather the shaky foundation of his family home. Eric is a bright-eyed young boy with a penchant for automated toys and building blocks, showing a keen eye for construction as his father does. Though the tone begins with a soft, somber view of a typical family in the country, the film’s soundtrack lends credence to an eerie tone that seems to creep up every time Eric is shown in a scene. Aside from this, a rather large festering hole is growing in the downstairs walkway leading to the front door. Flies and maggots beat down its finish, but Daniel chalks it up to the guff of the house, but we all know what’s up.

As this Netflix horror movie progresses, and in typical ghost-movie fashion, Eric doodles up some really creepy drawings in crayon and Hell starts to slowly break loose. Many of the images depict gruesome images of animals being mutilated, as well as an image of his father wielding a bloody knife, so viewers may be getting a taste of things to come. The tone and pace of this Netflix original makes it a stressfully well-timed horror film.

Hernandez inquires to bring to question the status of a nuclear family and its recognition with its own mental health. In the middle of that inquiry is a demon-like spirit that seems to be terrorizing the family for much of the flick’s duration, not truly culminating in a reveal until the final act. Until then, we are treated to a ghost-hunters-styled adventure with Daniel, German, and Ruth.

While it is difficult to call this journey unique, where the horror film lacks in script originality it makes up for with new methods of bringing frights. Classic lens effects, like infrared and thermal vision are chief tools used by Hernandez to create suspenseful and terrifying scenes that will undoubtedly leave the viewer biting their tongues in anticipation. And where the movie does utilize familiar horror recipes, they still work effectively.

The visual effects in some scenes are sometimes rather low quality, but what Hernandez achieves is a chilling experience. Ideas alone, however, do not truly carry the movie’s lack of brutality or murder in a widespread manner. It is a slow burn, and each successive death is made to feel more emotional than visibly terrifying, and the film delivers some surprises along the way.

The greatest strength of this Netflix horror outing is undoubtedly in its voice acting, a temporary hiccup that is later rewarded with truly emotionally gut-wrenching scenes. This reviewer had to fight back the urge for tears at the sight of various deaths. The final 20 minutes here depict a harrowing scene of mild torture and depravity while German searches for a solution to stop the madness.

Angel Hernandez has weaved together an impressively stark package that, despite its boldness in execution, flourishes with a resounding strike of terror in the viewers minds. As far as witchcraft goes though, we could have used a tad bit more. We are certainly not lacking in horror movies that feature demonic rituals and supernatural themes taken from real world context, so Don’t Listen can be a little flat when compared to the best of these films, but the overall movie delivers a rewarding experience for horror fans. If you’re looking for new Netflix horror movies, 2020’s Don’t Listen provides enough suspense and supernatural terror for a satisfying story.