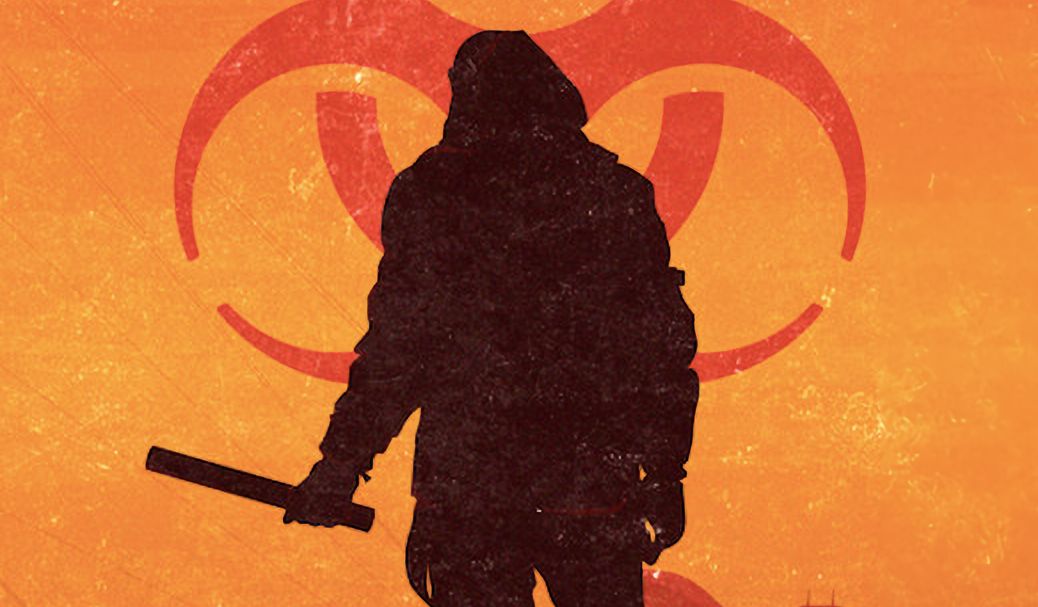 In-person film festivals are largely back, and Lee Chambers is getting plenty of attention for his horror-comedy short film, Hell in a Handbasket. While he is an accomplished award-winning feature-length filmmaker, Lee Chambers has made several five-star shorts and has a knack for making these stories feel big, and Hell in a Handbasket is no exception. Set in the chilling background of the arctic, this horror short entices laughter, curiosity, and suspense. On top of all that, the isolated theme will certainly hit home with audiences.

Chambers’ project has been selected for over a dozen film festivals and garnered four nominations. Thus far, it has won Best Short Short at the ConCarolinas Short Film Festival and Best Screenplay at the Newark International Film Festival. You can check out the horror trailer below to get a taste of Hell in a Handbasket.

Dale Borger (Mann), a lonely research scientist in the Arctic struggles to maintain his solitary existence. With the world falling from a global pandemic, all hopes fall on Dale’s shoulders as he represents the last stand for humanity.

Bryn Mann does an excellent job playing off his environment, enticing laughs and suspense with his reactions to his unpleasant, to say the least, situation. Hoyt Richards portrays Mann’s superior, who communicates with him remotely through video.

The five-minute horror-comedy moves along smoothly, but making the short had some rough moments. Though set in the Artic, Hell in a Handbasket was filmed in Regina, Saskatchewan in Canada, during the dead of winter, which created some obstacles. One may think that Regina, Saskatchewan may not be in shortage of snow, but one would be wrong.

“The milder days turned horrifically frigid on the shoot day itself, dropping down to minus 35 degrees and the garage interior located at my house was really cold for the day shoot,” Lee Chambers revealed to Horror Movies Hub.

“We shot he exterior scenes first and there wasn’t enough snow on the ground, so we fully expected to have to reshoot the drone shots in January or February, but more snow never really came in. In the end, we used the test footage and I had RafniFX, in India, add snow to make it look like the North Pole. Crazy that Canada couldn’t make enough snow.”

Lee Chambers also had to coordinate the dialogue exchange between Richards and Mann, who were in two different countries during the filming.

“About a month before rolling on 4k cameras in Canada, Hoyt Richards prerecorded all his scenes from Los Angeles on his iPhone 12 and dropped the clips onto Google Drive for me to select takes and edit up into sequence. I shared Hoyt’s edited performance with Canadian actor Robert Bryn Mann a few weeks in advance so he could rehearse with Hoyt’s actual performance. On set for principal photography, I performed Hoyt’s line for Robert, using the same cadence and timing to ensure the two performances would blend together perfectly in the edit.”

For most of us who worked remotely or communicated with family via video chat during the Covid-19 lockdown, Mann’s and Hoyt’s characters communicating in this manner makes Hell in a Handbasket feel familiar right away, which was by done by design, as Chambers explained to HMH.

“The idea from the start was to make the film under the same conditions as the lockdown, where people are alone just zooming in for a connection. Oddly enough, the script was written before the world even went into lockdown, so I guess I am a bit of a prognosticator. Hopefully not all my narrative ideas come true as my satirical viewpoint leads to the worst-case scenario.”

Though we may not want all of the award-winning filmmaker’s stories to come true, the setting of this horror short is certainly effective. Everyone handled the lockdown differently, doing their best to not turn into Jack Torrance with cabin fever. For Hoyt Richards, Chamber’s Hell in a Handbasket was perfect timing.

“Lee and I have a long history together, going back to his early days in film school in the U.K.,” Richards shared with HMH. “So, when he proposed working on something during the lockdown, I was thrilled. It was a fun way to get over the cabin fever I think we were all feeling at the time. When the pandemic began, we were all isolating. I got a lot of writing done, but I was itching to get back in front of the camera, too. Lee’s script was such a great antidote to all the heaviness that was everywhere.”

Many of us used the lockdown to polish our talents, make art, and learn new skills, doing our best to take chicken shit and turn it into chicken salad. Chambers did the same, and he also found a way for all of us to find humor in the trauma, allowing us to blow off some steam.

“I don’t think anyone would have imagined that almost two years would be lost due to the pandemic,” Chambers told HMH. “Even under these harsh conditions, artists still find a way to explore humanity to entertain, comment, and educate on what it’s like to live in the world today. I used the lockdown as time to write, direct, paint, and just be creative the best way I could. While I feel sad for those who suffered, I found a way to shine. Hell in a Handbasket thumbs its nose at Covid-19 or as I call it, Covid-21. Fuck you, Covid, I say! This tiny virus managed to humble the human race. If we can’t laugh about it, we’d cry.”