Skip to content
Home » All Posts » Trailers From The Darkside: New ‘Candyman’ Trailer & What We Can Expect From The Horror Movie 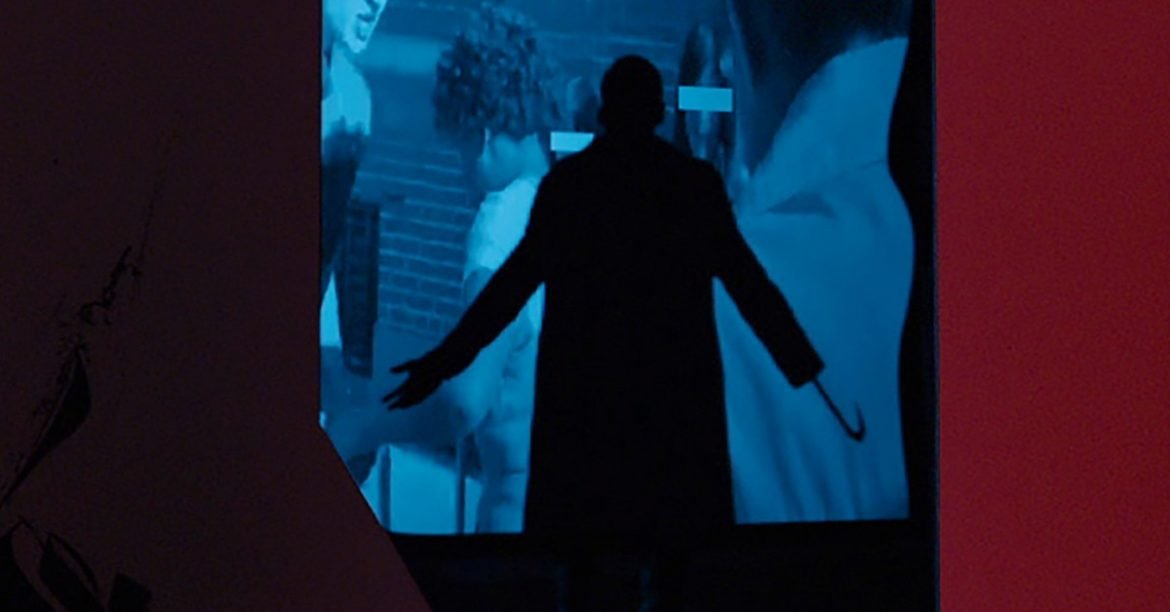 Gorehounds are eager for several horror movies soon to arrive in 2021, such as Halloween Kills, Escape Room: Tournament of Champions, and the man of the hour, Candyman. Judging by the two official trailers, the new Candyman sequel looks to be one of the scariest horror movies of 2021. Fans are eager to see Tony Todd back with his hook, and this film will delve deeper into the core of the horror icon. Borrowing a page from recent horror franchises, like Halloween, this year’s Candyman will play as a direct sequel to the ’92 original (and it has also been described as a “spiritual sequel”), ignoring the two other installments.

Plot: For as long as residents can remember, the housing projects of Chicago’s Cabrini-Green neighborhood were terrorized by a word-of-mouth ghost story about a supernatural killer with a hook for a hand, easily summoned by those daring to repeat his name five times into a mirror. In present day, a decade after the last of the Cabrini towers were torn down, visual artist Anthony McCoy and his partner, gallery director Brianna Cartwright, move into a luxury loft condo in Cabrini, now gentrified beyond recognition and inhabited by upwardly mobile millennials.

With Anthony’s painting career on the brink of stalling, a chance encounter with a Cabrini-Green old-timer exposes Anthony to the tragically horrific nature of the true story behind Candyman. Anxious to maintain his status in the Chicago art world, Anthony begins to explore these macabre details in his studio as fresh grist for paintings, unknowingly opening a door to a complex past that unravels his own sanity and unleashes a terrifying wave of violence that puts him on a collision course with destiny.

Director: Nia DaCosta, who did such an amazing job with this film, they pegged her for the Captain Marvel sequel, as Tony Todd explains below.

Producers: Ian Cooper, Win Rosenfeld, and Jordan Peele (so you know it’s got to be good).

As listed in the cast above, Vanessa Williams and Tony Todd reprise their roles as Anne-Marie McCoy and Candyman, respectively. In the ’92 film, Virginia Madsen portrayed Helen, a Chicago graduate student studying urban legends. Helen learns of the Candyman legend and starts digging.

Helen’s investigation leads her to Anne-Marie, a neighbor of a Candyman victim and the mother of baby Anthony, the lead character in the 2021 horror film. Helen ends up saving baby Anthony but ends up being immolated in an otherworldly way by the Candyman. Good times.

Helen seemingly becomes “Candywoman” by the end of the movie, appearing in a mirror after her dumbass, cheating widower husband says her name five times in the mirror. Candywoman-Helen then proceeds to slash her dumbass, cheating “widower” husband to death, making it look like his girlfriend, a.k.a. the “other girl,” committed the killing.

While Madsen is not cast in the upcoming sequel, the character of Helen is, this time portrayed by Cassie Kramer. Given the ending of the first installment in the horror franchise, it seems Candywoman could be returning (fingers crossed).

Meanwhile, it looks like Candyman has his eyes set on Anthony. In the first trailer, we see some imagery where Anthony is seemingly transforming into something like the titled villain, even with hook in hand.

Is Candyman building a crew like Pinhead and the Cenobites? Was Anthony’s transformation, revealed in the first trailer, just a dream sequence? Given the dark tone of the franchise, it would be on-brand to see another character taken and transformed by the end of the story. We will have to wait and see, but Tony Todd is confident we will love it.

Tony Todd: I Think People Will Be Knocked the Fuck Out

Some fans are concerned that Tony Todd will not be featured for very long in the horror sequel. However, Candyman, in human form, was only onscreen for 10 minutes in the original film and 17 in the sequel. As horror fans know, sometimes less is more.

Candyman being featured for only 10 minutes worked very effectively, and it left us wanting more. Some of the most effective horror movies only feature their primary antagonist for mere minutes, as seen in Halloween (1978), The Texas Chainsaw Massacre, The Silence of the Lambs, and the list goes on. But still, we want more.

The trailers do make it seem like there will be a variety of otherworldly kick-ass chaos occurring, with the Man of Candy flexing his supernatural powers in a variety of ways, but Tony Todd did give some reassurance to fans that they will be happy with his appearance.

When speaking with Horror Geek Life, the talented actor spoke briefly on his role in the 2021 Candyman sequel.

“I think people are going to be extremely surprised. First-of-all, we have a feminine perspective now. A young, black filmmaker who’s on the rise. She just got plucked to do Captain Marvel 2 based on what she did with this film. It has many, many layers. Jordan Peele wrote and produced it…I don’t want to give anything away, because that’s spoiling, but I think people are going to be knocked the fuck out. I got deals and side deals from toy companies, and t-shirt companies; I don’t think that would happen if you only saw me for a second, right?”

The second trailer for this 2021 horror film dropped on Wednesday, June 23. It has all the ingredients that make you want to immediately watch it, including creepy shadows, bees, and the frightening voice of the titled villain.

The Sequel We’ve (Probably) Been Waiting For

Bernard Rose’s 1992 Candyman—based on the Clive Barker short story, The Forbidden—is one of the most popular horror movies of the decade. With this 2021 installment being a direct sequel, it has given the filmmakers the opportunity to dive deeper into the social issues of Cabrini-Green, including the effects of gentrification on the community over the past 30 years. And if anyone can cast a light on social issues while constructing an entertaining horror movie, it is Jordan Peele (US).

Recently, while talking with The Root, director DaCosta spoke on Peele.

“What was useful about working with Jordan is that he’s so good at bringing social issues to the forefront, especially in horror […] What we were able to do because 30 years have passed was really dig into the themes that were already there.” she said, “Also the fun of the original film. That was a big part of what we wanted to bring back.”

“‘How do I tell a story with a Black villain in a world that has exhausted the villainization of Black people?’ Peele asked. ‘And yet, this is a piece of representation I crave as a horror fan. And in the past, when we were made monster, it was a monster without empathy. For this monster, Tony Todd built a character that was a force, and had a charisma, and gave me a sense of power as opposed to a feeling of otherness.’”

We won’t know for sure until we see the new feature-length film, but given the incredible talent behind this movie, the storyline implications, and this installment adding to the story from the ’92 original, it seems that this is the Candyman sequel we were wanting all along.

Candyman hits theaters on August 27, and it looks to be one of the most enthralling horror movies of 2021.