Skip to content
Home » All Posts » Indie Horror Movies: ‘The Night Sitter’ Conjures the Spirit of Giallo Cinema for a Wicked Good Time 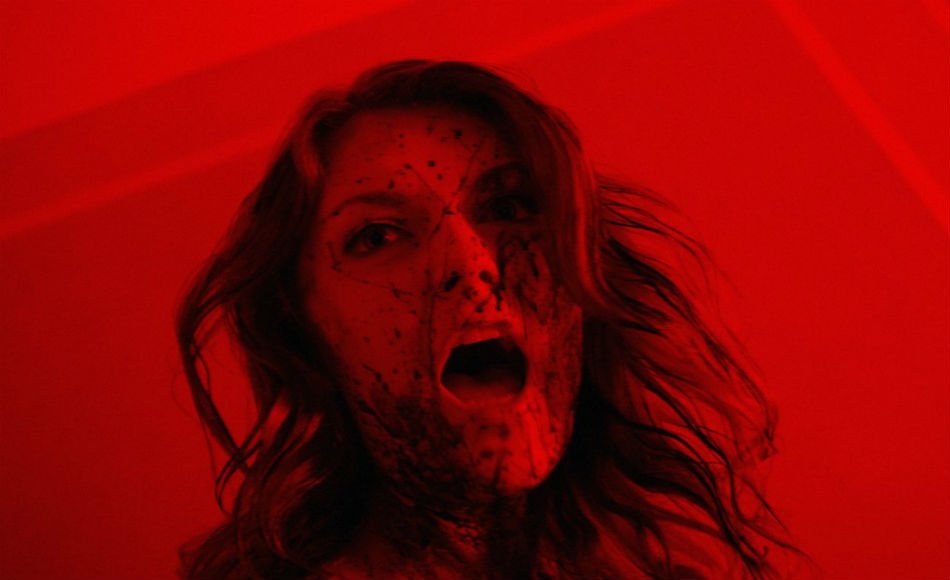 After a successful Kickstarter campaign, writer-directors John Rocco and Abeil Bruhn set about crafting their thrilling homage to the Giallo horror movies of old, taking the indie horror circuit by storm in the process. Executive produced by Jeffrey Reddick (creator of Final Destination),featuring a magnetic cast, brilliant premise and much love for the neon-soaked horror movies that inspired it, The Night Sitter proves to be a strong feature film debut for the creative duo and the beginning of a cult darling.

Plot: A scheming con artist poses as innocent babysitter “Amber” to steal from Ted Hooper, a wealthy occult enthusiast with a reclusive son named Kevin. Her crew arrives to clean out the house just as Kevin stumbles upon one of his father’s most prized artifacts and unwittingly summons a trio of witches known as The Three Mothers. As the playful, sadistic witches start picking people off, Amber and Kevin form an unlikely bond and try to survive the night together.

Director(s): John Rocco and Abeil Bruhn (Jeffrey Reddick, creator of Final Destination, is one of the Executive Producers.)

EMERGENCY NUMBER ON THE FRIDGE, PIZZA MONEY ON THE TABLE AND A TRIO OF UNDEAD WITCHES IN THE BASEMENT

Whether or not it’s some strange nostalgic osmosis for The Baby-Sitters Club or some other late ‘80s or early ‘90s media, there’s been a recent influx of comedic horror movies centered around babysitting that have more to do with Adventures In Babysitting than When A Stranger Calls. The likes of Better Watch Out and Netflix’s The Babysitter comes to mind, with The Night Sitter now equally added to that list.

Much like the witches terrorizing our main characters, Rocco and Abeil made a satanic brew that’s one-part Joe Dante, two parts Sam Raimi, a dash of John Carpenter, a helping of George A. Romero and then the fiendish brain of one Dario Argento. That’s not to say the horror film is all inspirational style and substance with no ingenuity. The homages paint the canvas, but the portrait is wholly original.

The titular Night Sitter, Amber, starts out believing herself to be the villain of the story in many ways, not to say she’s particularly evil or anything. But clearly, Amber is generally not one with the angels, hatching a plan to rob the man she’s babysitting for blind and skipping town, all with the help of some low-life friends.

The moment the children are in real danger, though, she drops all shady pretenses and takes charge, not coming across as good, bad or even grey. It’s this kind of thought put toward personality that keeps your attention as the film takes its time with antics and character beats before letting loose with bloodletting, splatter-punk and demonic ballyhoo.

Played insanely charismatically by Elyse Dufour (The Walking Dead), the film is at its best whenever its following Amber’s POV, and if the film was a simple wacky “pretend to be a babysitter and rob the place” flick without any horror elements, it would still be a blast thanks to her performance and character.

That goes for the entire cast, as well. Everyone puts in an A-game, laying on wildly differing tonal performances, creating a swatch of brazen lunacy. The only characters played absolutely straight are Amber, Kevin and the witches themselves. Everyone else is varying shades of cartoon and it works brilliantly as a contrast without undermining any emotional beats or sense of danger.

Special kudos go out to Joe Walz as Kevin’s father, Ted, who’s a hilariously narcissistic amateur paranormal investigator with dreams of hitting it big on TV. Without an ounce of care for anything that doesn’t involve himself or his collection of occult relics, his deliveries might be the funniest in the movie.

It’s in Ted’s collection that Kevin accidentally reads from a book written in the ashes of three long-dead witches, bringing them back to life. Hungry for the blood of children, The Three Mothers are on the hunt for Kevin in order to complete a ritual and unleash their power on an unsuspecting world.

Yes, The Three Mothers are named after Dario Argento’s own witchy mythology presented in Suspiria, Inferno and Mother of Tears; some of the most popular horror movies in the Giallo genre. In this particular case, the homage stops at the name, as their backstory is more like an R-rated version of The Sanderson Sisters from Hocus Pocus than Argento’s triumvirate of evil. But it still gets across the set-up of these hapless characters suddenly finding themselves in an Italian horror movie circa the late ‘70s.

The Mothers, as stated, are played totally straight with some lovely Giallo fanfare. Their costuming and demeanor are suitably spooky and devilish, with gore and blood flowing whenever they begin picking off members of the cast. Despite a limited backstory and not a lot of screen time, they make memorable monsters, coming off as something we’ve never seen before on screen.

WHAT’S RED, GREEN AND GIALLO ALL OVER?

While The Mother’s moniker is a nod to Argento, it’s small compared to the biggest nod: the camera work and lighting. With the cinematography occasionally drifting into dream-like without being obtuse or obvious, the surreal portrayal of the supernatural is heightened, only creating greater contrast between it and the wacky supporting cast and side plot.

Most appealing is the lighting, drenched in green, red and blue. The movie captures the fairy-tale not-at-all realistic aura Argento made famous with the likes of Suspira. In a hilarious twist, the film is set during Christmas—Holiday Horror alert!—justifying the Giallo lighting as almost an accidental sight gag. Of course, everything is glowing this color, there are Christmas lights everywhere!

From doors creaking open to reveal hideously red rooms, to gloomy green strobe lights cutting around corners along with perfectly timed Deutsch Angles, the movie is a visual delight, often appearing far more expensive than it actually is. Importantly, though, it’s never boring to look at.

Amber herself is even part of the color scheme. With her fiery red hair and nearly neon blue top, she’s a walking piece of Argento cinematography, making her look simple yet iconic. She stands out amongst the other characters. It’s a subtle visual touch that’s much appreciated and shows the kind of care that went into putting the picture together, as it’s always the little flourishes that add up.

Another element that recalls those classic Italian horror flicks is the score. Composed by Rob Himebaugh, it can be best described as a meeting place between an ‘80s synth spectacular and a pumping Goblin-esque soundtrack. In a smart move, the score has layers to it, never feeling like an out of place throwback for nostalgia sake, as quiet moments are not assaulted with random synth, but when that style kicks in, it’s with aplomb.

WILL SELL SOUL FOR SEQUEL

The biggest negative of the film, honestly, is you want more, more and Goddamn more! The horror movie constantly feels as if it’s reaching out and wanting to do more with its premise but comes up hindered with a meager budget. It’s a good negative to have, really, and the film cannot be faulted for not having more bank.

It’s a testament to how enjoyable it all is that you don’t leave quite satiated, craving more hijinks and horror. To put it bluntly: Bring on the sequel! With the further adventures of The Night Sitter and her young ward Kevin, getting drenched in blood and knocking some neon demons around, this is a franchise desperately waiting to unleash more horror movies.

With a wicked tone, sharp and fun to watch characters, a premise to kill for and loving use of cinematic history, The Night Sitter—currently available on VOD, DVD and Blu-ray—is more than worth your immediate attention.

According to IMDb, John Rocco and Abeil Bruhn co-wrote and directed two horror shorts before this gem, A Not So Pleasant Surprise and Just Say No, and we can only hope they continue to make feature-length horror movies.